Allow me to convey to you the warmest, militant greetings on behalf of the more than 105 million members of the World Federation of Trade Unions who live, work and struggle in 133 countries of the 5 continents.

The WFTU could not be absent from this Conference insomuch as the ties of the class-oriented trade union movement with the Arab peoples, were forged over the decades through the endless and relentless common struggles against colonialism, foreign occupation, and interventions, the plundering of the natural resources of their land.

After all, the vital historical relationship between the WFTU and the ICATU with common initiatives, common areas of international trade union interest, and various campaigns and activities in favor of the worker’s rights, is not accidental. The relationship of the WFTU with the Arab peoples is an old fraternal relationship that, as the years go by, deepens and grows bigger, in favour of the most important workers’ demands for salaries, health, education, social security, peace, self-determination, and democratic rights.

Furthermore, nowadays, within a framework where imperialists plan border changes and the re-sharing of the markets in the wider Middle East and globally, workers can’t be indifferent, passive observers of what’s happening against them. Simultaneously, the WFTU intensifies its struggle for the release of occupied Arab territories, in favour of the Palestinian people, fighting for its right to have their independent state in accordance with the UN resolutions, within the 1967 borders and East Jerusalem as its capital. At the same time, we continue to denounce and fight with all our forces against the imperialist plans and interventions resulting in bloodshed in Syria, Yemen, Libya, and Iraq and we express our solidarity with SWTUF Sudan and our affiliated in Djibouti. We support the right of every people to decide freely and democratically on the present and the future and to strengthen the struggle to cover their contemporary needs.

In the period we live in, the economic crises of capitalism follow one another. The pandemic has not only dramatically, widened social inequalities but has also been used for new attacks on democratic rights and trade union freedoms. The today dominant issue on the agenda of trade unions is the dramatic deterioration of workers’ living standards due to the sharp rise in prices.  For us, it is clear that only through the struggles and with organized militant demands we can satisfice our contemporary needs at all levels: salary, employment, security culture collective bargaining, and stable permanent and agreements-regulated labor.

The WFTU will continue vigorously and relentlessly to defend the rights of all Arab workers and workers all over the globe, faithfully and consciously following the path that has been paved by its 77-year history. We are extending the hand of friendship and collaboration to the Arab peoples for common struggles, to ensure a peaceful future without imperialist interventions, and to cover the contemporary needs of the workers. We assure you that the WFTU will continue to build a modern, class-oriented, democratic, and independent trade union movement.  We assure you that the WFTU will remain the family to which the Arab peoples and the Arab workers belong to, and can rely on. 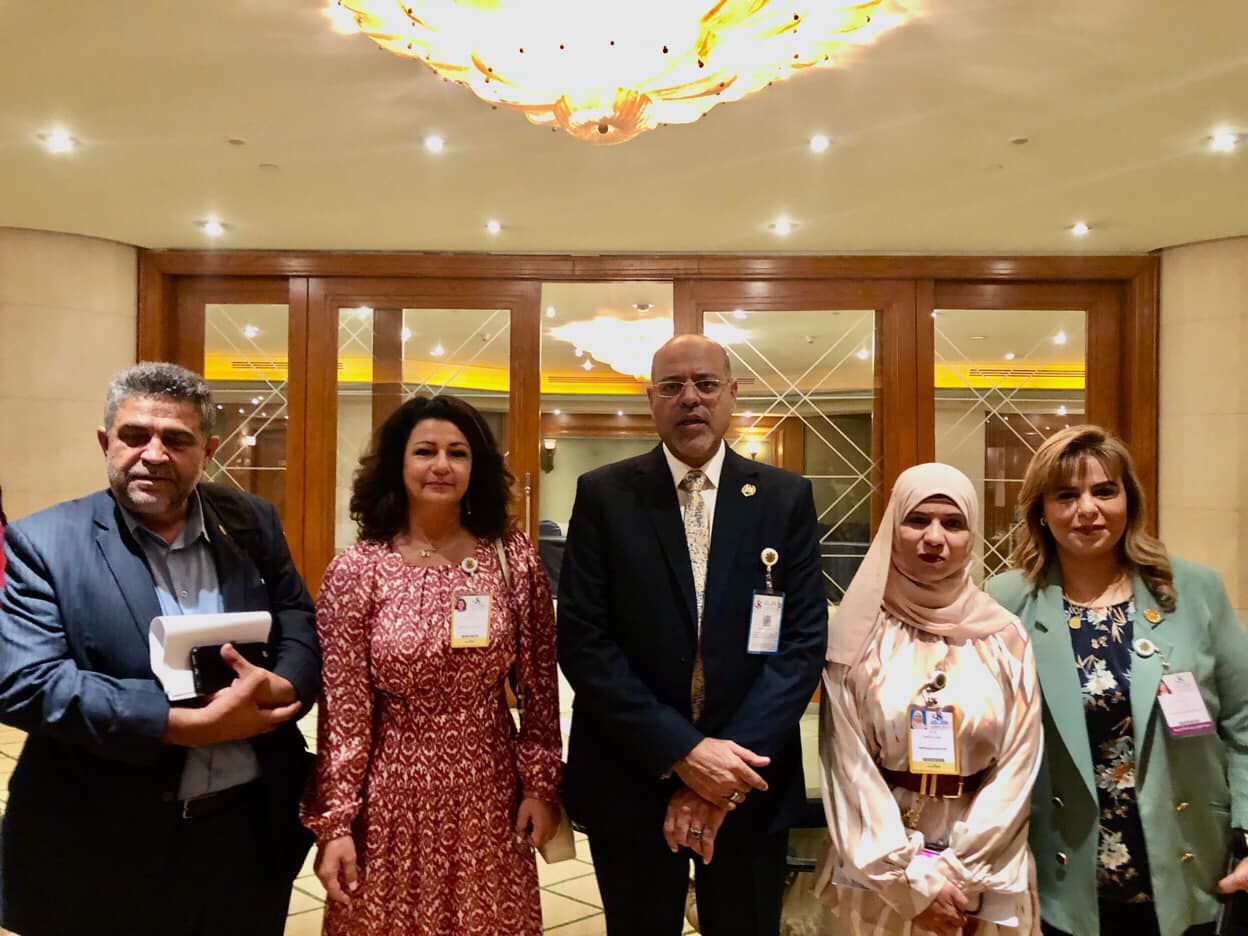